A fall odyssey to
Southern Sweden
Where the bedrock starts

Riding in Denmark is nice. We’ve got plenty of country roads and nice farmland landscapes. The geographical location tucked in between seas and sounds makes it always windy and I honestly believe we have more than our fair share of rainy days. But that just adds to the positive feeling of being outdoors riding. On top of that Denmark is probably one of the countries in the world where most people commute to work or school on a bike. Sounds like a bike heaven? It is. But there’s someting the country lacks: Real climbs (highest point in Denmark is 170 meters above sea level) and more desolate, vast landscapes, where you get the adventurous feeling of exploring on your own. You always meet someone walking their dog or stumble upon a little village every 5-10 km.

So I planned a little adventure to cross the Sound to Sweden, where the landscapes are more vast and the climbs steeper. Even in the more densely populated southern part of the country. The plan was 300+ km in two days, riding with a light backpack and spending the night at a traditional falun red wooden house.

Being October it is fall in Scandinavia. Daylight hours are getting smaller, the wind is usually on the fresh to rough side and leaves turn red, yellow and brown making for some scenic riding in the endless forests of Southern Sweden.

First leg of the adventure was some 230 kilometers. So if I shouldn’t be looking for first night’s stay in the dark I left home a bit before sunrise.

The wind was rather fierce this morning. This time I was lucky though. It was coming from the side and not as pure headwind. I normally don’t mind riding in the wind – it’s just an extra aspect of riding. It makes you stronger when you have to push those pedals harder to move forward. Good for training and when you beat that invisible opponent of Mother Nature you feel strong. But when you’re feeling tired though, you need to dig deep. The discrepancy between the power you put on the pedals and the distance you travel can be a mental challenge. When riding long this is usually the hardest part. I just adapt to it and find some zen in battling the elements.

The first 60 kilometers to the ferry to cross the Sound was known training territory. It was a beautiful fall morning with the sun coming up between the trees and casting shadows and flickering light on wet tarmac roads.

The last couple of kilometers to the ferry I could enjoy the salty air of riding next to the sea and feel the occasional splashes of water coming from waves hitting the shore. 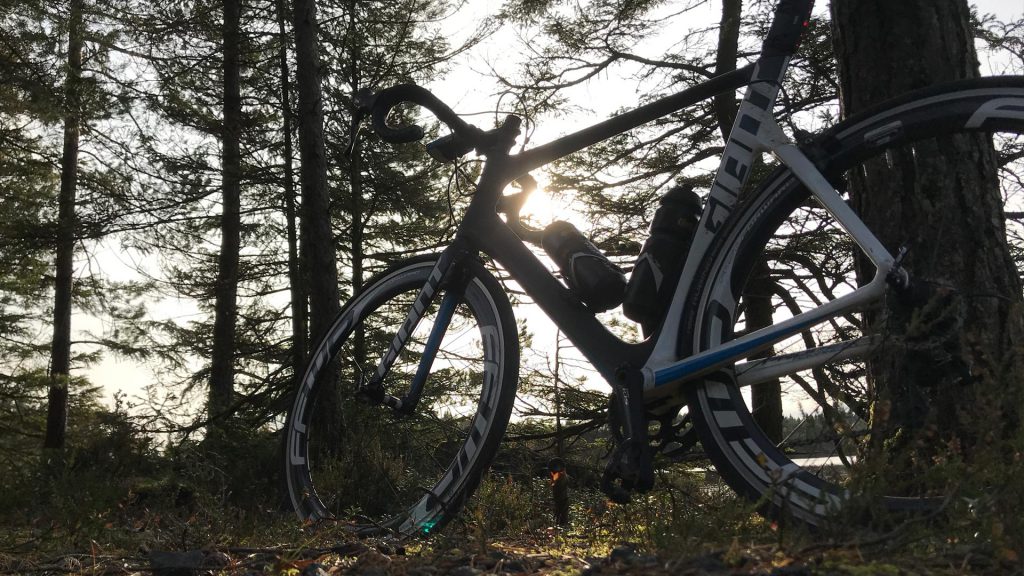 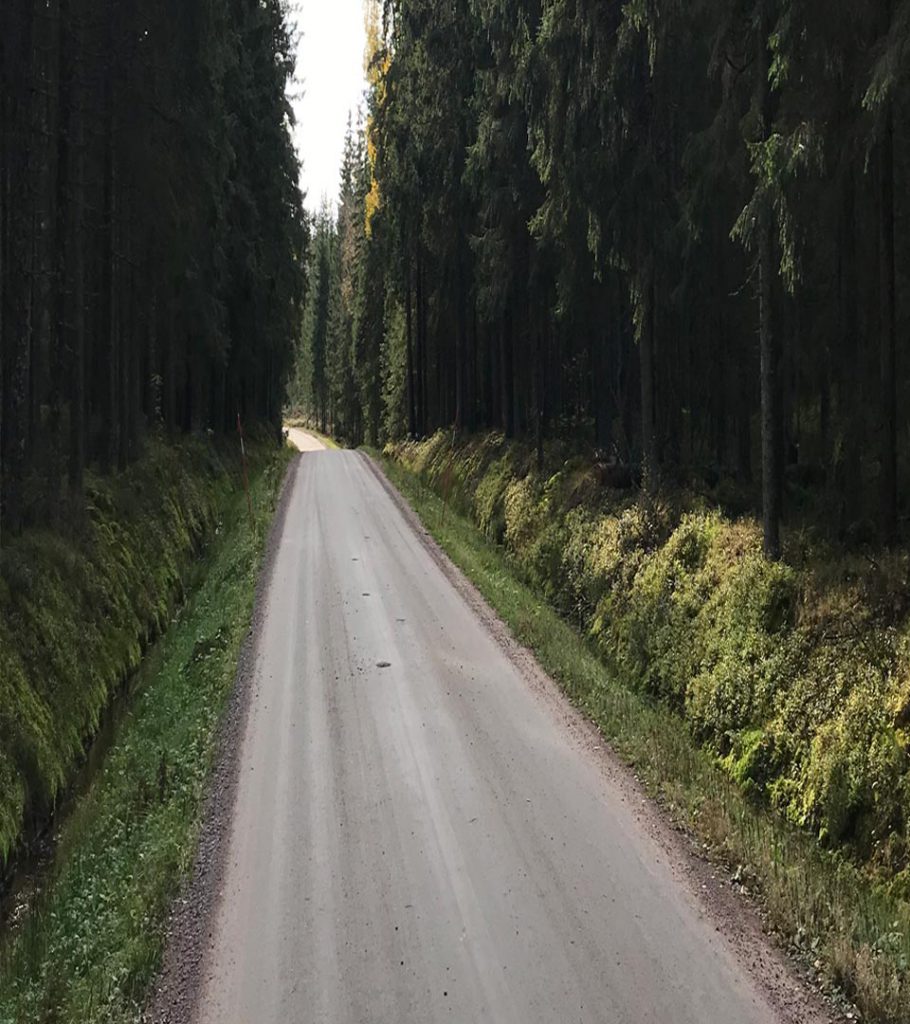 Arriving in Sweden is an adventure in itself. Even though Scandinavian cultures in many regards are similar, there’s always that little thing where you feel the difference. Another language, another currency, another architecture, another flag fluttering in the wind. I love that feeling of embarking a new country, even though I have been there many times before.

Getting out of Helsingborg and into the country side was easy and I could now enjoy 30 kilometers of pure tailwind before heading straight north. It was a pure rollercoaster ride and I was forgetting everything about being aero. I was sitting (almost) upright on my road bike to act as a human sail flying through farmlands.

You don’t have to ride very far north in Sweden until you hit bedrock territory. Something we have very little of in Denmark and therefore very exotic. It usually also means climbing starts. Not mountains, but longer hills.

At the same time you see the difference between Denmark and Sweden when it comes to country side: Denmark is mostly farmland, Sweden is forests and logging. 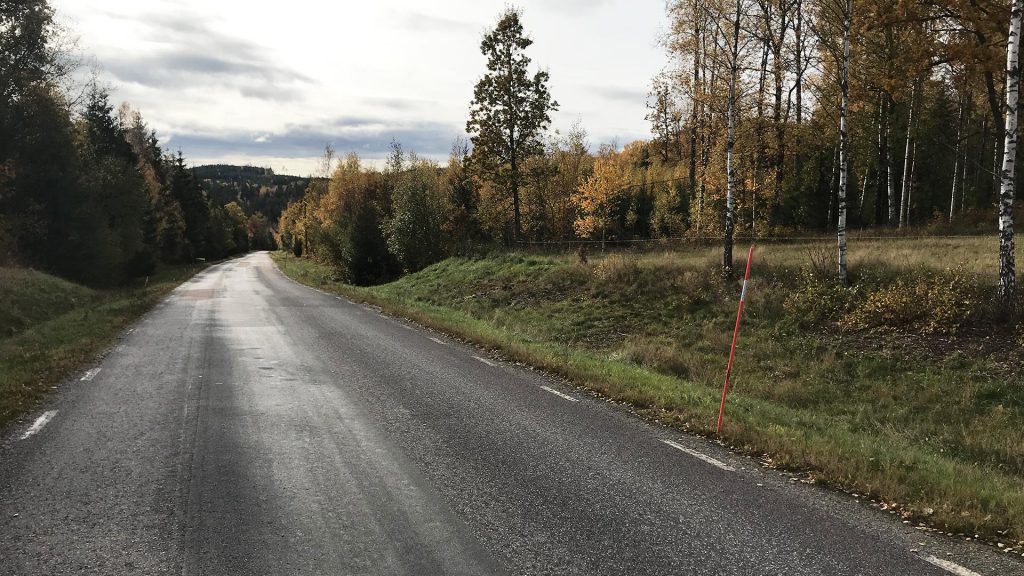 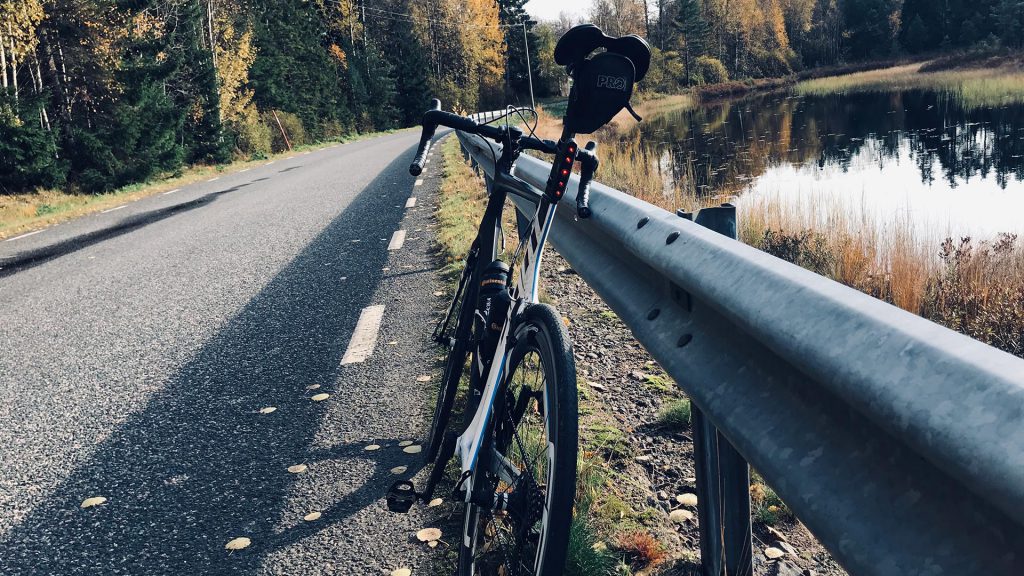 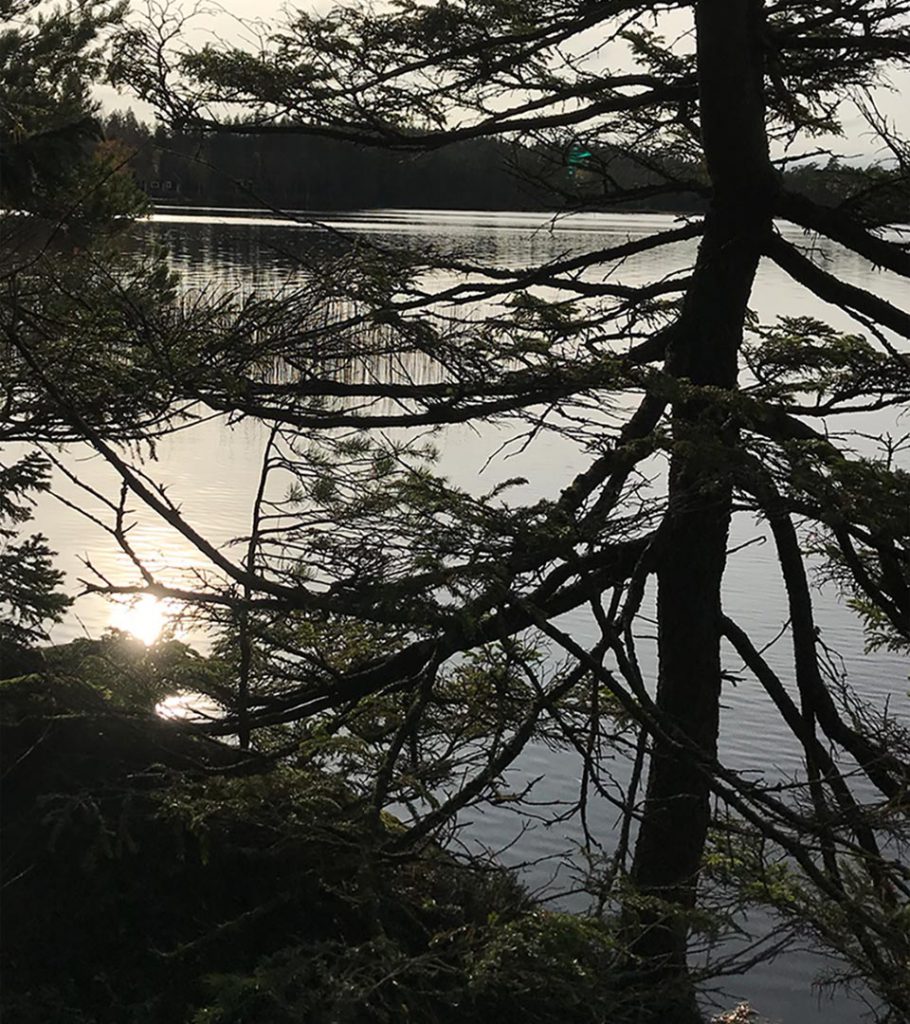 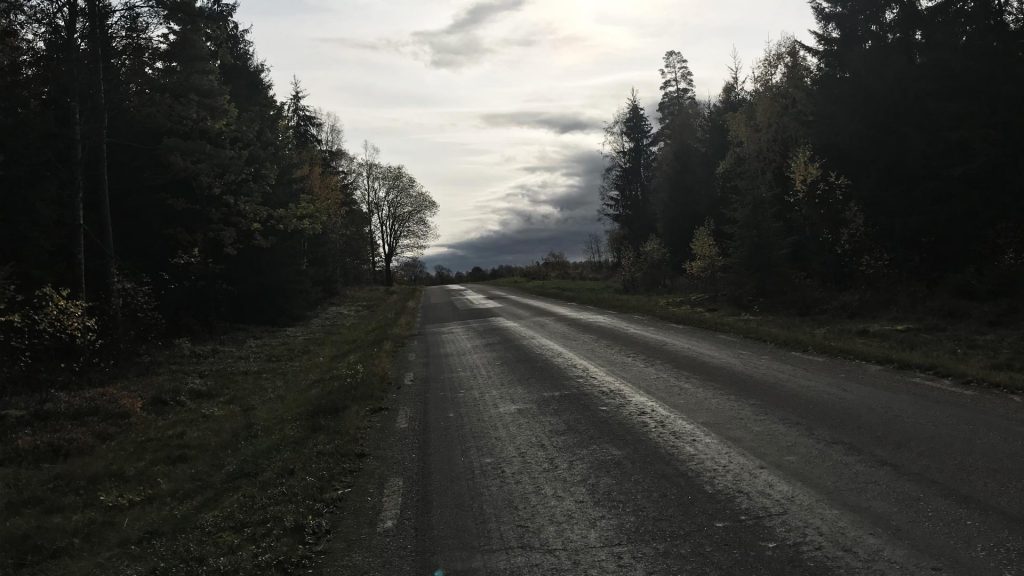 I was riding on rather remote roads with a colorful palette of falling leaves when on stretches with deciduous forest. When riding in coniferous forest I had the wonderful scent of fresh spruce and newly cut trees. Sometimes I could hear a distant sound of logging. For 2 hours straight I didn’t see a living soul, or any other visible signs of civilisation, other than the tarmac I was riding. Left to the repetitive rhythm of the bike, sounds of the forest and my own breathing, you become very aware of the landscape in which you’re riding.

I had packed light, but when hitting 200 kilometers I could start to feel the backpack on my back – an extra pair of size 47 shoes – was adding to the weight. I soon forgot about that though as I entered the shores of lake Bolmen. A large lake in Halland county known for an abundance of fresh water fish and therefore popular destination for anglers in the summertime. At this time of year some of the small villages I passed seeemed as ghost towns. Or perhaps the few residents had just settled for fall and winter tempo. The whole area still felt rather remote, and as I turned off onto a gravel road to find my lodging for the night the sun was beginning to come down. I was the only person staying at the small hotel in the forest next to the lake. The very friendly owner left the hotel at night, so being completely alone in the hotel during the night made me briefly think of the movie “The Shining”.

The next morning I made for an early start. After a nice fresh water fish breakfast at the hotel (I think that’s the first time I’ve tried that) I was again heading straight north into even more remote territory. Some 50 kilometers of day two ended up being on gravel and dirt roads. I didn’t exactly plan for it, since I was on my road bike with 25 mm tires and high tire pressure. But planning the trip and looking at maps you can’t always guess what kind of road surface those roads have. In Sweden people on the countryside sometimes lives many kilometers off main roads in forests. There’s a whole network of very tiny roads connecting those small hamlets or single cottages. Most of them is gravel and dirt. And I had planned to stay away from main roads… so, well… that just added to the adventure. Would I have constant punctures? Would I get all my bones shaken like a rider in Paris-Roubaix? The result was – surprisingly – “no” the the first and “yes” to the latter.

It was breathtakenly beautiful and I really enjoyed the many kilometers off the beaten “road bike”-track. Next time I will explore these areas on my gravel bike and go bike packing.

I hit Jönköping late in the afternoon – just in time to change clothes and hop on a bus back to Copenhagen.

See you next time Sweden.